Thailand is abundant in extraordinary places to see and fun activities to do.  Known for ornate temples, Instagrammable beaches, dense green jungles and an array of delicious food, you'll find plenty to excite you while exploring this amazing country, formerly known as Siam.

If you plan on visiting Thailand, you should be aware of the few cultural faux-pas which you may commit. While Thais will generally forgive you for these mistakes, you may involuntarily offend your hosts or end up in a police station, or maybe even in jail. 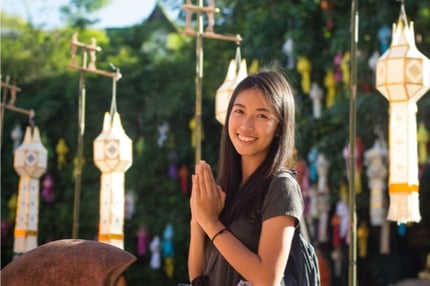 Known as the wai, the traditional Thai greeting is performed by joining your hands together at chest-level and slightly bowing your head. Once landing in Thailand, you will see people displaying the wai to greet you in places such as your hotel, a restaurant or in small mom-and-pop stores.

Being continuously greeted does not mean, however, that you should start using the wai yourself to greet every person you meet. The rules on when and how the wai must be performed are quite arcane and rely heavily on factors such as your social position or your age. When a waiter greets you with a wai, she does it because you are the customer and therefore deserve the utmost respect.

As a rule of thumb, only use the wai with people you would, in English, call "Madam" or "Sir." This means that you should never use the wai with children or people who serve you. Conversely, you should perform the wai in front of someone who is considerably older than you or someone who occupies a higher social position, such as your boss or a high-ranking official. 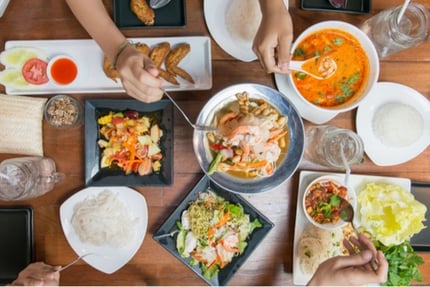 Unlike the rice found in other Asian countries such as China or Japan, the traditional Jasmine rice served in Thailand efficiently breaks apart, grain by grain, making it impossible to eat with chopsticks.

For this reason, avoid asking for chopsticks when going to a Thai restaurant. While the traditional Thai eating utensils are a spoon and a fork, there is, however, an exception made for noodle-based dishes, which you should eat with chopsticks and a spoon.

With vaping now being an everyday activity in most Western countries, you may be surprised to learn that entering Thailand with your device in a pocket or your luggage is illegal.

Besides, getting caught while vaping by a police officer can also land you in trouble. As some tourists learn every month at their own expense, violating the anti-vaping law typically means ending up in a police station where you will be asked to pay a fine of up to 60,000 baht (approximately $2,000) or face jail time.

Displaying too much skin

Despite what some tourists may think based solely on Thailand's wild "anything goes" nightlife, most Thais are quite prude. It is therefore seen as offensive to be walking in the streets shirtless for men or in bathing suits for all genders.

This is especially true in Bangkok or the Southern part of Thailand, which includes popular destinations such as Phuket or Krabi. In the latter, walking around the town topless as a woman is likely to cause a commotion and earn you a visit to the nearest police station as well as a mention in the local newspapers.

Being confrontational or getting angry 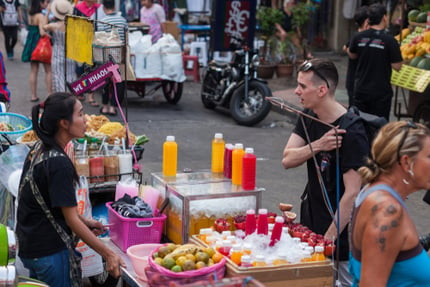 In most Western countries, people can expect a particular dose of confrontation or displays of anger in their daily lives, from drivers yelling insults at each other to customers getting angry in stores.  In Thailand, however, any confrontation between two people is viewed by the person getting yelled at as a loss of face, causing that person to feel humiliated. From there, things can quickly evolve into a physical fight.

On a near-weekly basis, Thai newspapers print stories about tourists ending up badly beaten for failing to observe one of the most critical rules in Thailand -- always keeping your calm. If you have a legitimate issue with a person or a place of business, state your facts calmly and never raise your voice. In return, you will, under most circumstances, also be treated with the respect you deserve.

Despite these warnings, Thailand and its people are among the kindest and most welcoming people on Earth. As long as you are aware of a few cultural or legal differences between your home country and the Land of Smiles, your trip to Thailand will be nothing but blissful and enlightening.